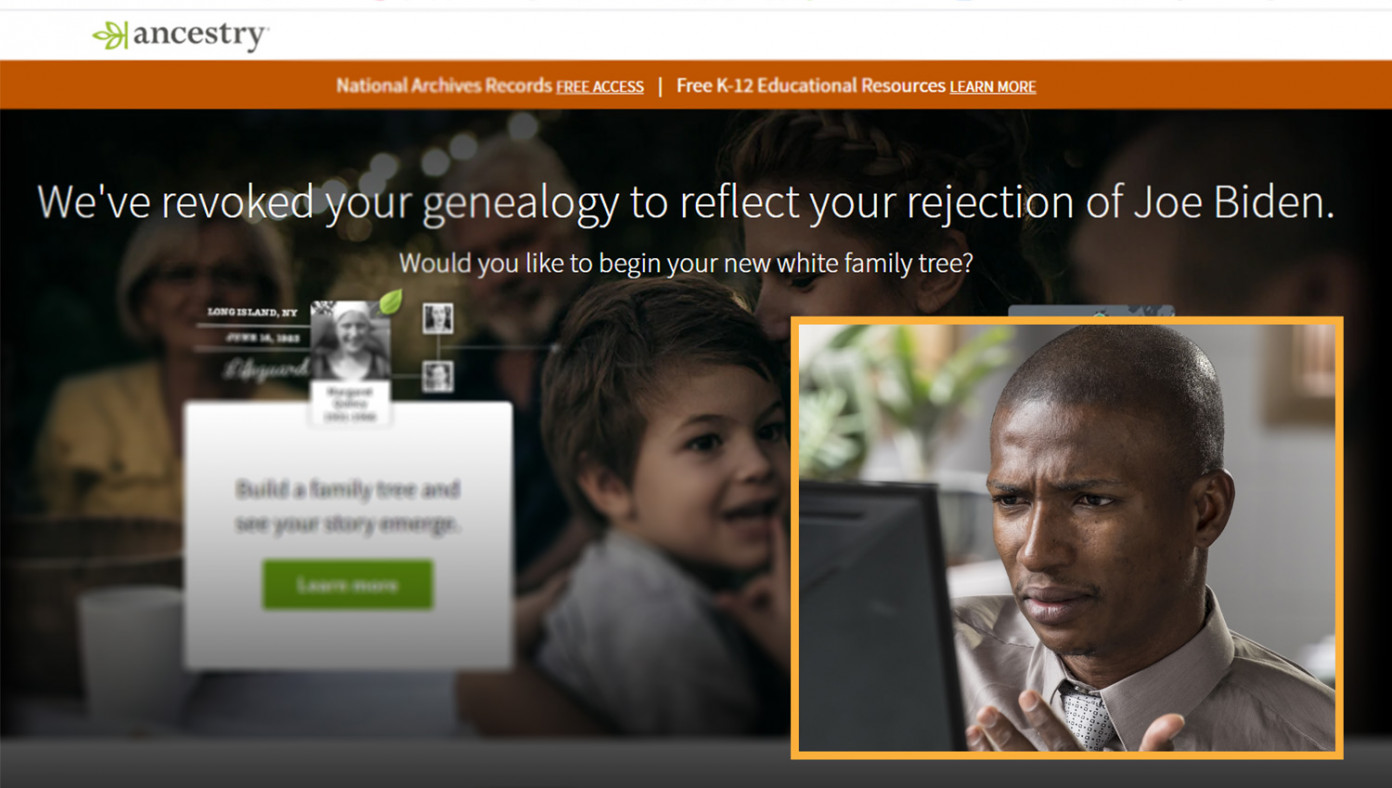 LEHI, UT—Popular for-profit genealogy company Ancestry.com has revoked the family heritage of any African American who says they would not vote for Joe Biden. The company said they made the changes to reflect prevailing social beliefs about race and culture.

"It used to be if your ancestors were from Africa and your skin was a darker pigment, then you were considered black," said Ancestry spokesperson Sheila Reinold. "Times have changed. What really determines a person's blackness now—beyond genes, DNA, family trees—is Joe Biden. Any other determiner of race is pure malarkey at this point."

A frustrated Ancestry.com customer, Brian Jennings of Log Ridge, Kentucky says he logged in to find his account had been wiped clean and years of ancestral research had been deleted all because he said in a recent Facebook post that he didn't think he could bring himself to vote for "some 80-year old, white, dementia-riddled uncle creepy" for president.

Reinold says that Ancestry is not abandoning customers like Jennings. "We are working with non-black blacks to places them into all-white genealogies free of charge."

Jennings says when he began seeking ancestral matches in his new account, his first match was a guy named Jethro Reginald Tinbucket who owned a cotton farm in West Virginia in the 1800s. After resubmitting his DNA, Jennings says he has come around to the changes receiving a huge amount of new matches to long lost relatives that are still alive today. "I plan to fly out to Colorado Springs to meet my real mom next month," Jennings said. "Her name is Belinda and she didn't blow her top when she found out I like Ben Shapiro. Thanks, Ancestry." 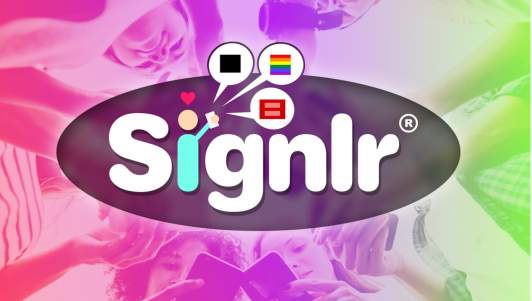 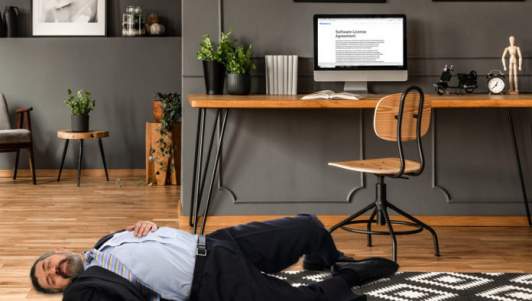