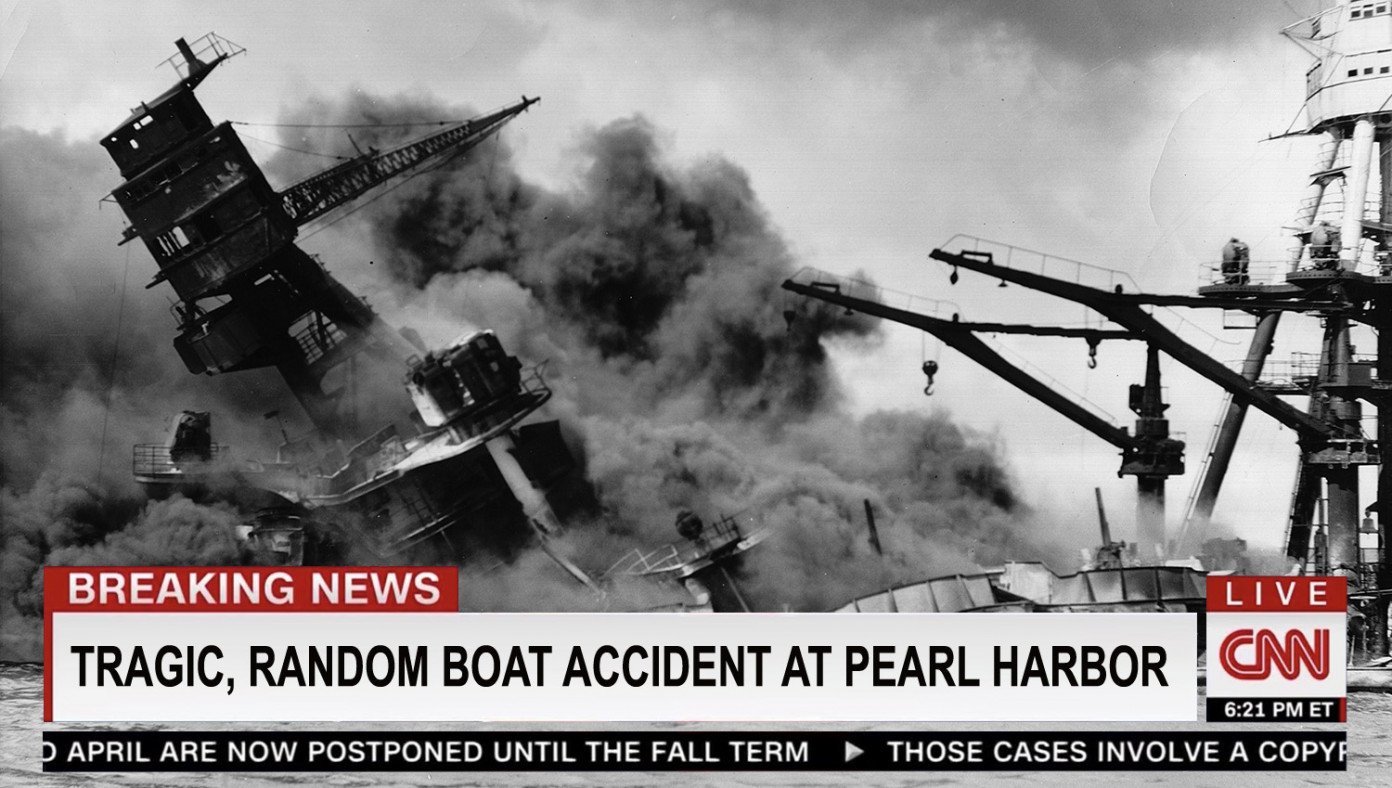 HONOLULU, HI—CNN and other mainstream news outlets are reporting on a "tragic, completely accidental" boating accident at Pearl Harbor. As details still come in, CNN is urging people to not rush to judgment or assign blame until the story goes away in a few days.

"Such a tragic and completely accidental boating accident," said one news anchor. "The thing that's so sad about it is the tragic, totally random accidentalness of it. Our hearts are with the victims and whatever. Anyway, in other news..."

Independent journalists from the scene are sending messages that this was an intentional attack by the Empire of Japan that was designed to inflict as much destruction and casualty as possible. Such messages have been dismissed as unfounded and racist, and likely linked to recent increases in anti-Asian hate crimes.

"We do not need to investigate this any further, or talk about it ever again, as it was an accident," said the local Police Chief in a press conference. "Any talk of motive is unhelpful at this time. I think what's really important is allowing our Pearl Harbor community to heal."

CNN then quickly transitioned to a news story about the latest Cary Grant movie.

There are 210 comments on this article.

The 7 Most Woke Kids' Shows
Next Article

Trump To The Rescue: Trump Travels Back In Time To Kill More Dinosaurs To Meet Our Fossil Fuel Needs 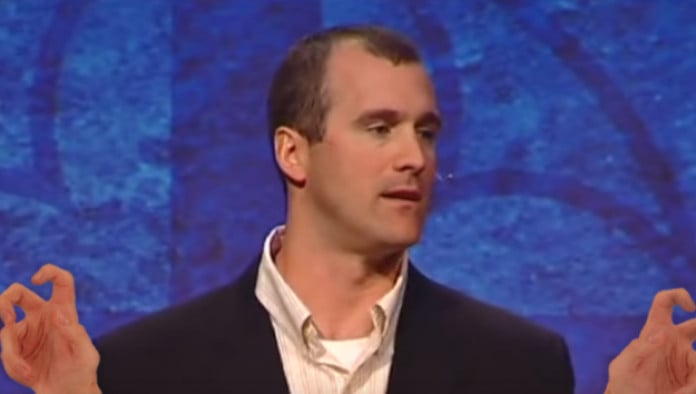 Preacher Still Doing That Weird Thing With His Hands 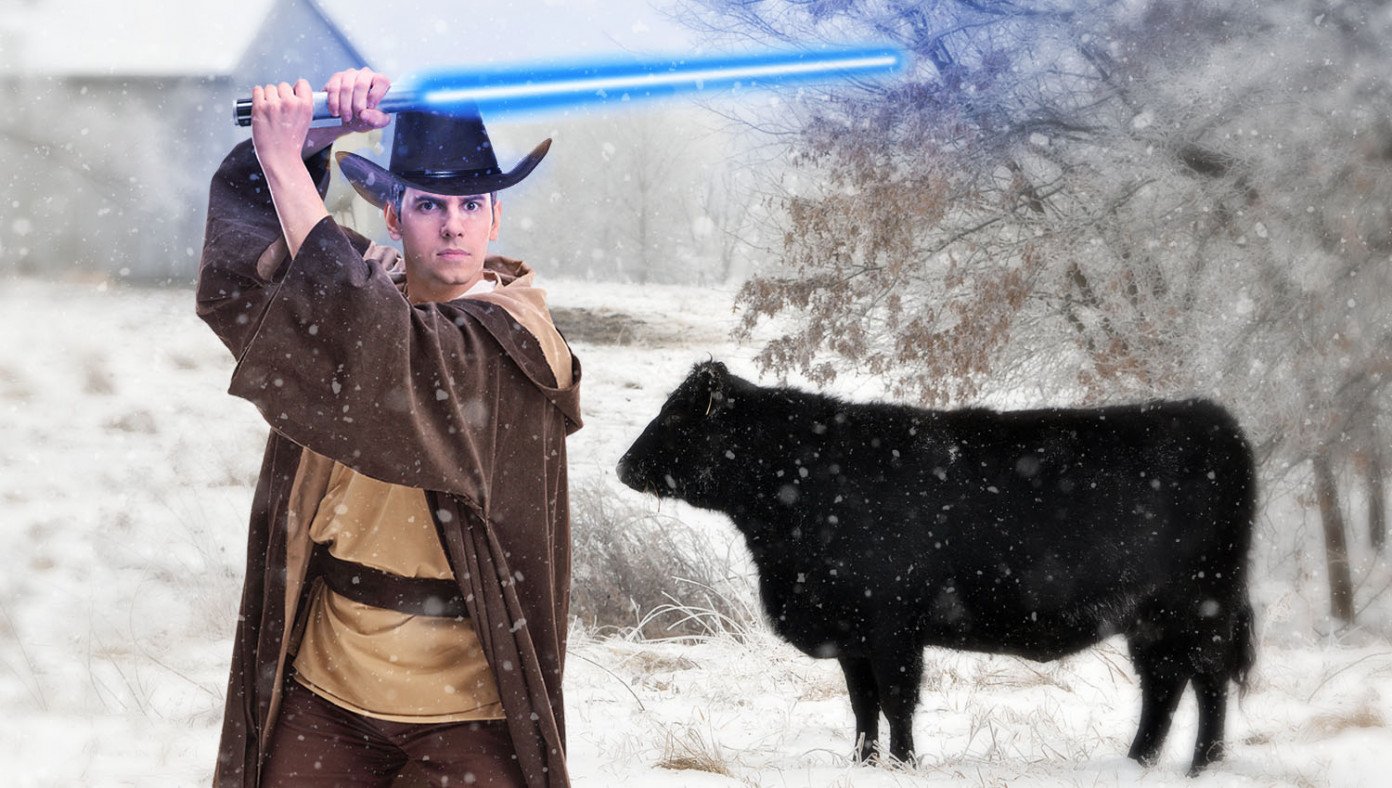