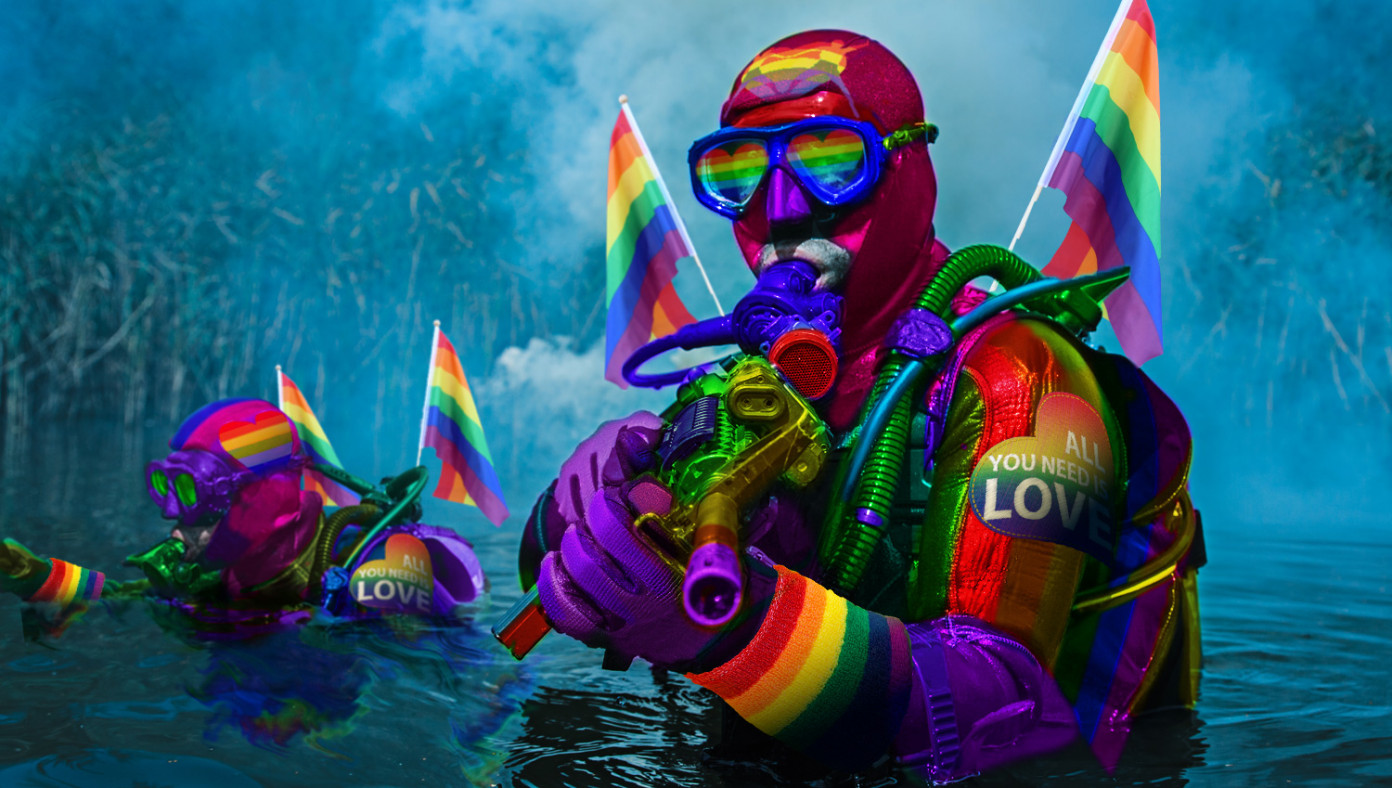 RAQQA, SYRIA—A Navy SEAL Team recently expressed regret in showing support for Pride Month after their new uniforms gave away their position in a covert operation to infiltrate an ISIS stronghold. Seal Captain James McKeever says they endured heavy gunfire after the little rainbow flags poking up off of their shoulder area drew the enemy's attention. "The whole mission was a bust. We barely made it out alive."

The SEAL team is now being investigated for hate speech after expressing such clearly unpatriotic and anti-gay opinions. "To refuse to wear a bright, rainbow-covered frog suit on a covert ops mission is the definition of anti-gay bias," said investigator Janice Gillespie. "They will be duly reprimanded."

Next month they will be wearing bright red, white, and blue gear in celebration of July 4.