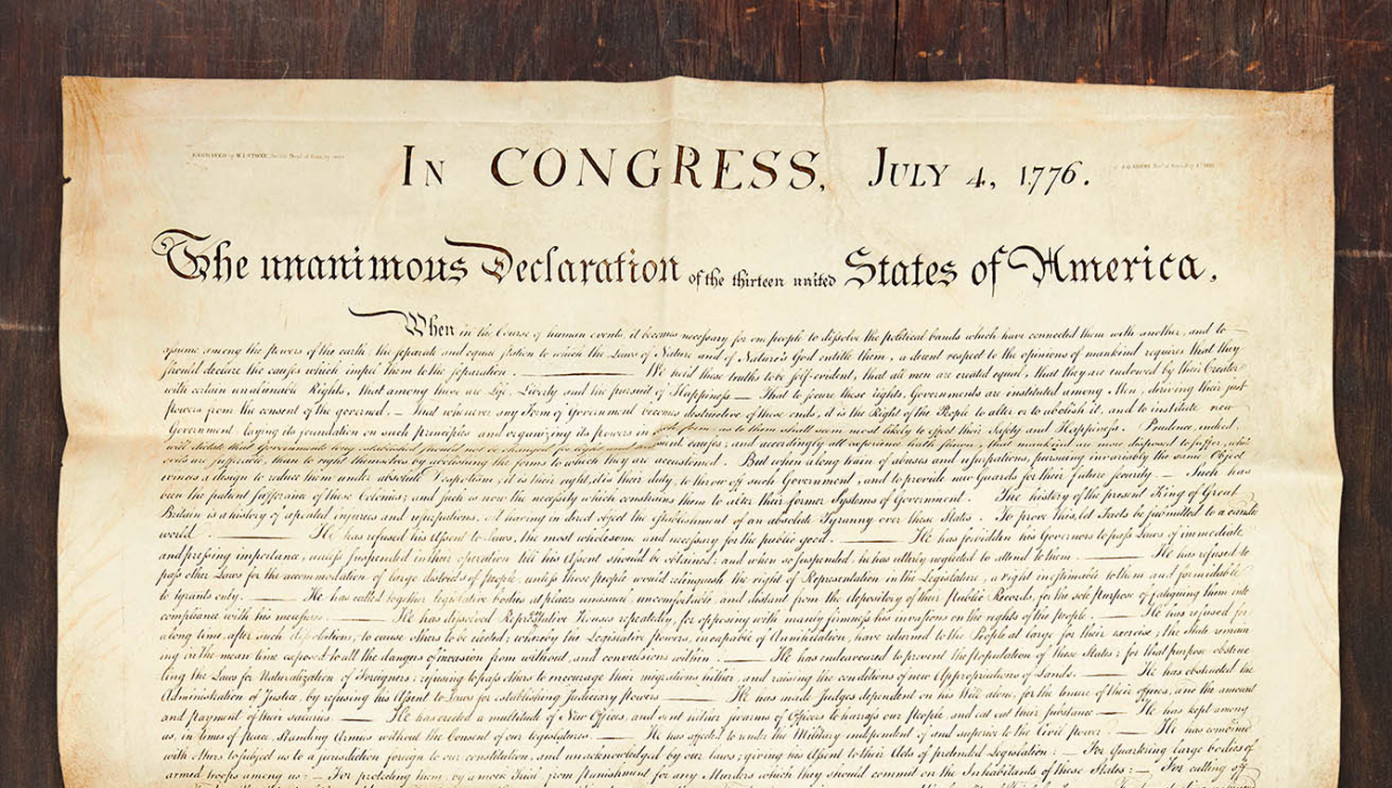 PHILADELPHIA—Researchers with Independence National Historic Park have located an ancient document they say renders all national mandates and restrictions void. The document, dating to 1776, is being referred to as ‘The Declaration of Independence’ by park historians who allege it details the existence of unalienable rights and that governments derive their power from the consent of the governed. Sources indicate the document was found in the park archives, allegedly buried under a stack of Benjamin Franklin’s raunchy poems.

“We don’t usually go near those,” said historian Clay Garrett regarding Franklin’s forbidden writings. “I was definitely not reading them when I found the crumpled-up parchment that later turned out to be our nation’s Declaration of Independence."

Garrett continued, “The fascinating thing about this document is that it says King George III was a tyrant who did a bunch of things President Biden is doing right now. So I’m not really sure what to think.”

“Also, they were both kind of crazy. We’re looking into a latent Corn Pop connection as well,” he added.

In response to the find, the Supreme Court has granted a stay on all current vaccine and mask mandates, as well as every other stupid mandate on the books.

White House Press Secretary Jen Psaki said of the document, “The president is just working to tear down our nation’s values and unite us all under a one-world government to protect us from a virus with a high probability of survival. That doesn’t make him a tyrant. He’s not even British.”

At publishing time, mandates and restrictions were reinstated after it was revealed the author of the declaration was local racist Thomas Jefferson.

Babylon Bee subscriber Jamin D contributed to this report. If you want to get involved with the staff writers at The Babylon Bee, check out our membership options here!

There are 135 comments on this article.

Are You A Youth Pastor? Here Are 9 Absolutely LIT Illustrations From Video Games For Your Next Sermon