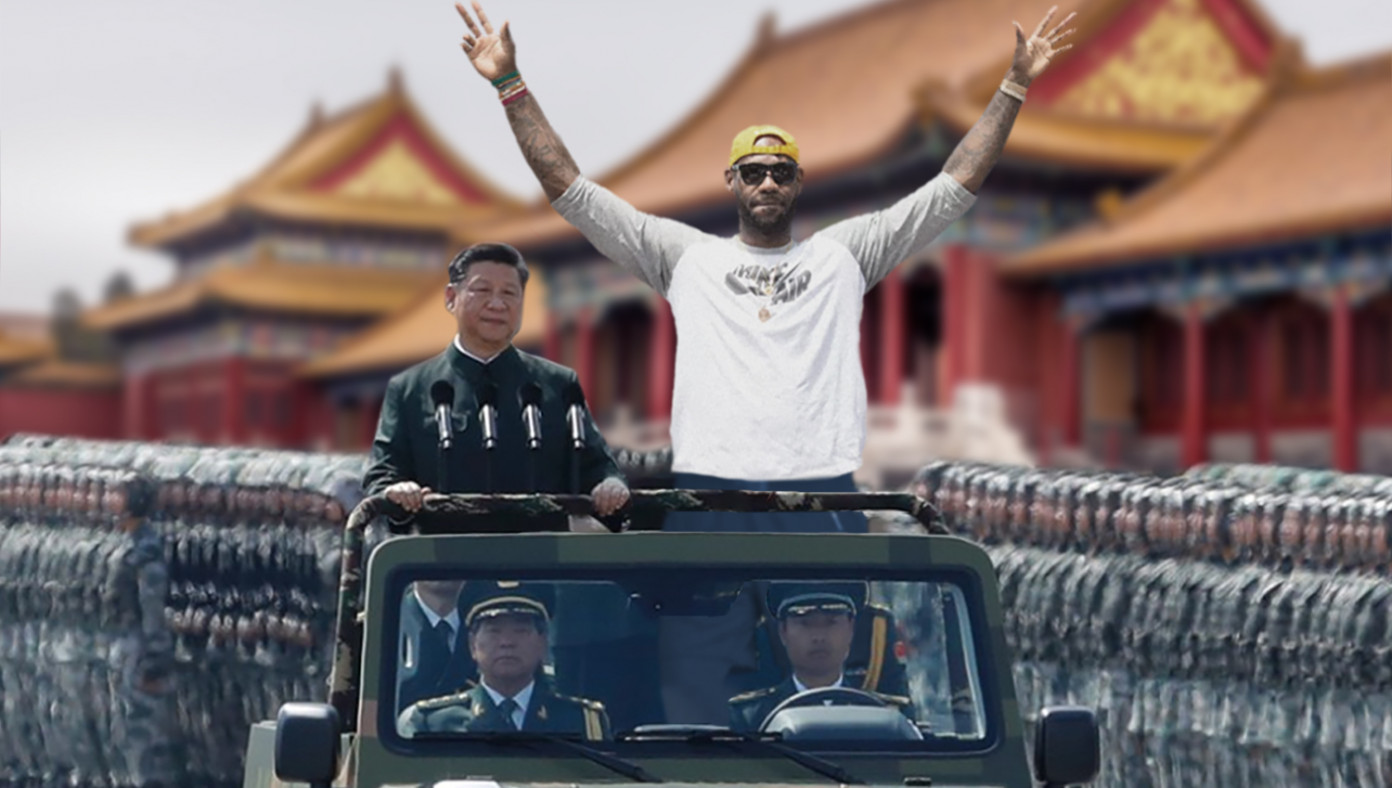 BEIJING—After seizing their 17th NBA title over the weekend, the Lakers are planning a victory parade for their loyal fans. Since there are still safety concerns in Los Angeles, the team has announced they will hold their celebration in their newly adopted hometown of Beijing, China.

"We cannot wait to celebrate our NBA title with our fans," said officials on the Lakers' Twitter feed. "After consulting with the People's Glorious Republic of China and the benevolent President Xi, we all agree that a joyful and inclusive public celebration will take place in Beijing. In the meantime, thank you again, Lakers Nation, for your support!"

The parade will feature a full military display of marching soldiers, tanks, and ballistic missiles with the phrase #BlackLivesMatter painted on the side. The main attraction will be a beautiful purple and gold L.A. Lakers parade float pulled by smiling Uyghur prisoners.

"Yeah, incredibly thankful to President Xi for hosting our parade," said LeBron James. "He's cool, man. Committed to social justice and all that. We in America have so much we can learn from him."

After the parade, the Lakers will be treated to a complimentary tour of the Wuhan virus lab.