Subscribe Log in
U.S.
Large Turnout At Memorial For Hans Gruber Who Was Thrown From A Building By A Police Officer 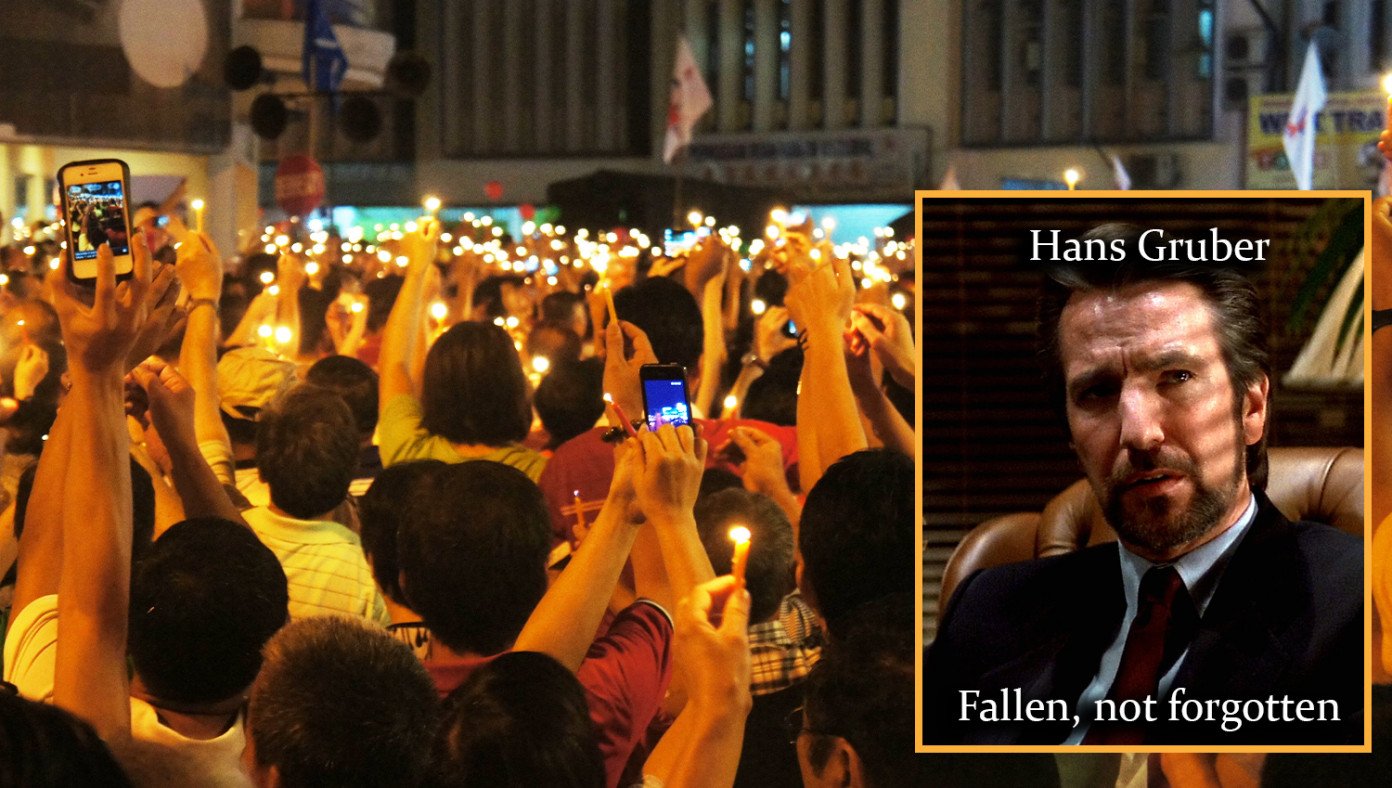 LOS ANGELES, CA—A huge crowd turned out Sunday for the Hans Gruber memorial service. Gruber was the victim of police violence, having been thrown from Nakatomi Plaza by police officer John McClane, which many consider one of the most excessive uses of force ever witnessed. After the incident, there were protests all week, and now thousands from all over the country came to pay respects to Gruber, widely described as an “intelligent and witty soul.”

“That man was a hero,” said Doyle Graham, who traveled from Nevada to pay respects. “I mean, I don’t really know much about him other than that some police officer killed him, but he seems like someone we should all honor and emulate.”

Gruber was part of a mainly peaceful protest against the Nakatomi Corporation, which was goaded into violence by the actions of McClane. Ultimately, McClane threw Gruber from the 30th floor, even though Gruber was completely unarmed (or at least he was when he hit the ground). Even LAPD Deputy Chief Dwayne T. Robinson denounced the actions, calling McClane a “nutcase” who should have “just stayed put.”

Many at the memorial are now wearing shirts with “Gruber” written on them to remember the man who was taken too soon thanks to unaccountable police actions. There are calls for the arrest of John McClane, including from Hans Gruber’s brother, Simon, who vows to do something about him.

'We Black Women Are Ignored,' Says Multimillionaire Black Woman To Millions Of Adoring Fans
Next Article

Biden Drops To Last Place After Being Hit With Blue Shell