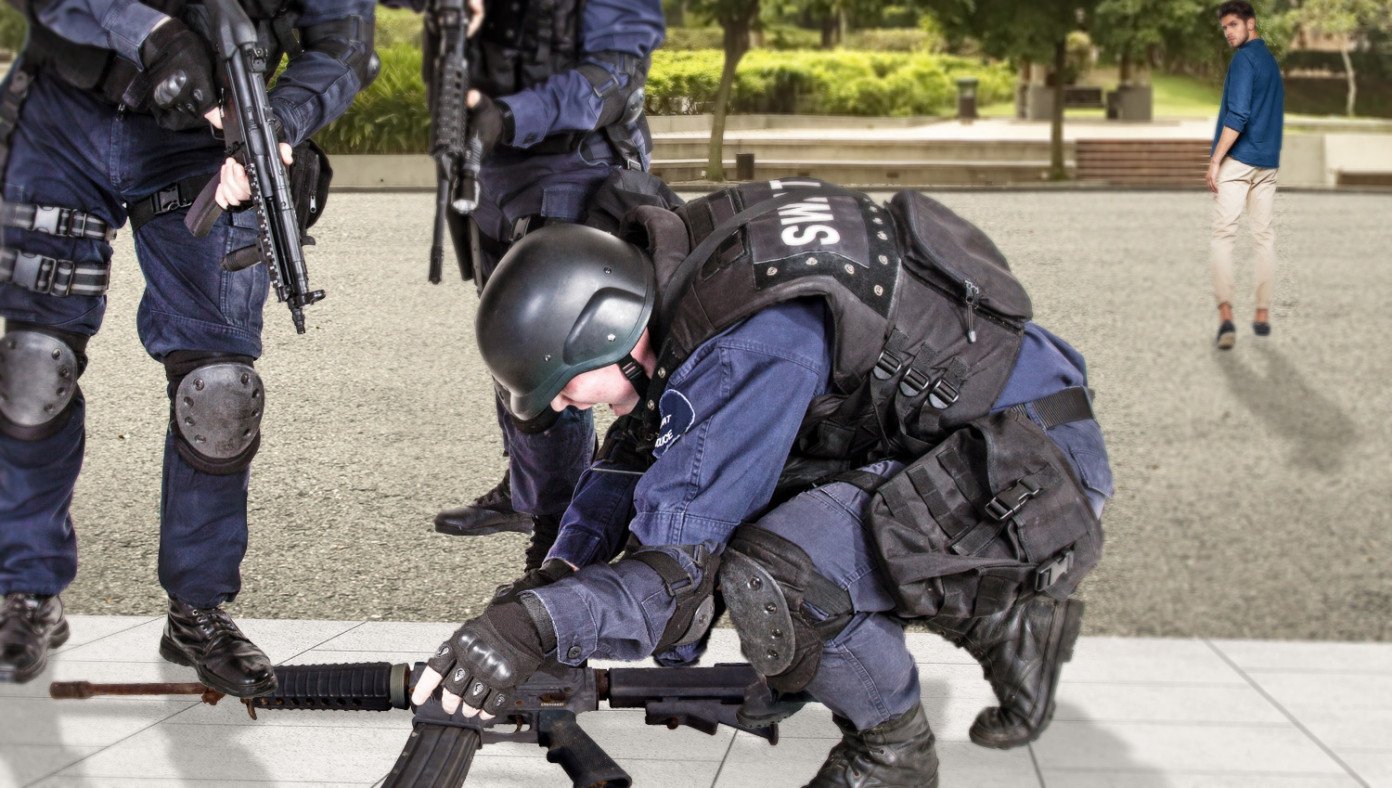 LOS ANGELES, CA—There was an attempted shooting earlier today but luckily, the police were close by.

They managed to tackle the shooter's AR-15 to the floor. They pinned it to the ground and kicked it a few times for good measure, though it did not appear to be resisting arrest.

Bewildered, the shooter shrugged and slowly backed away.

"Honestly I was kinda hoping to make a name for myself," he told reporters later. "But they just blamed the gun. So... well, I guess I won't be famous after all."

"At this point, we aren't looking for any further suspects," an FBI official told reporters as the AR-15 was read its rights and hauled away in the back of a police cruiser. "It seems the AR-15 acted entirely of its own volition, without any human operator who might have behavioral or mental issues."

"The weapon is obviously a menace that needs to be locked up to prevent any further harm," he added.

According to CDC mortality statistics, of the tens of thousands of gun deaths each year, up to 75% are caused by a rogue assault rifle, shotgun, or handgun acting on its own. "It's a huge problem that needs to be handled better through addressing the mental problems these types of guns might have well before they act out," a CDC official said.

"It's 3 pm. Do you know where your assault rifle is?" he cautioned.

The assault rifle has been charged with several counts of murder, assault, and domestic terrorism, and will be tried as an adult, sources confirmed.

At publishing time, the shooter had decided not to use a gun for his next mass attack so that he will get full credit for it.

Lioness Who Killed, Ate Own Cubs Hired As Planned Parenthood Mascot
Next Article

Dems: We Have To Enact Socialism So We Can Find Out What It Is