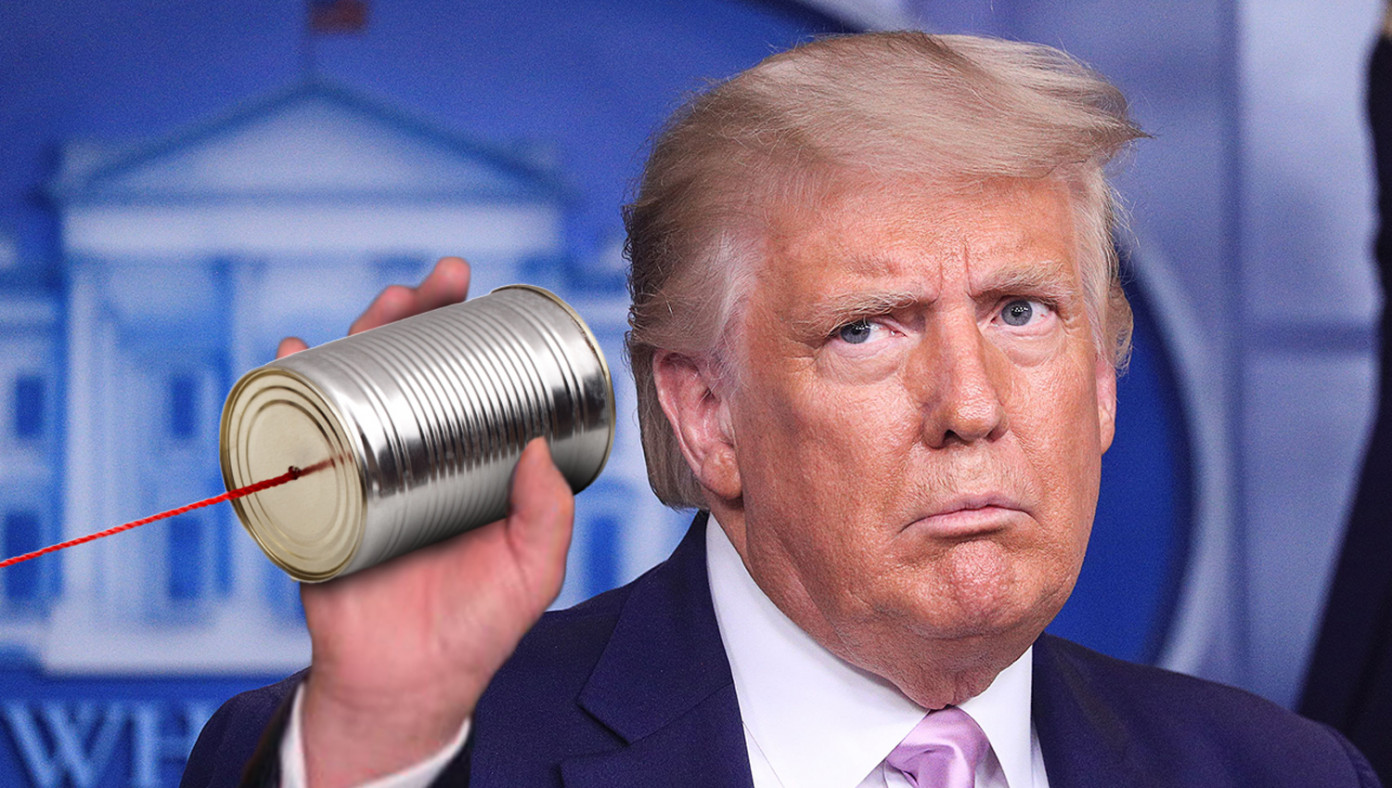 WASHINGTON, D.C.—After several days of negotiating and Trump refusing to attend a virtual debate, both candidates and the Commission on Presidential Debates have finally agreed to an in-person exchange using old tin soup cans joined by a very very long string.

"I knew I could make a deal, and I made a deal. A really great deal," said President Trump. "I'm really really good at using soup can telephones. Have been since I was young. Sleepy Joe won't know what hit him!"

"Trump doesn't know what he's talking about!" said Biden in a response. "I've been using soup cans for years. Still do! Every night I talk to Betty Sue from down the lane on one of those things. This will be a piece of cake!"

Trump and Biden will be required to stand a safe distance apart and hold the string tight so they can hear each other. They have both committed to avoiding any malarkey or tomfoolery. The debate moderator will be equipped with marbles and a wooden slingshot to pelt a candidate if he speaks out of turn.

"We think this will be a real swell debate, by golly!" the debate commission said in a statement.